Narayana and Nara were about to be sold for meat when ISCOWP saved them in 2012. The minute they stepped in the ISCOWP barn, they began running in joy. They had each been living in a small pen with no opportunity for running or jumping and all the playful things calves do. Narayana, like his brother Nara, is friendly and gentle with us humans, but unlike his brother, he has ambitions to rise up in the herd hierarchy.  He loves to eat the fresh compost from Lakshmi’s kitchen and when there isn’t any he loudly moos for it. 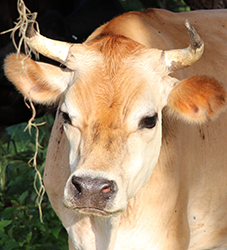 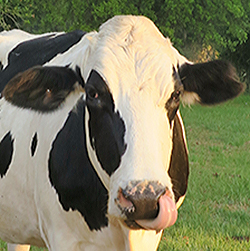 Up and coming management